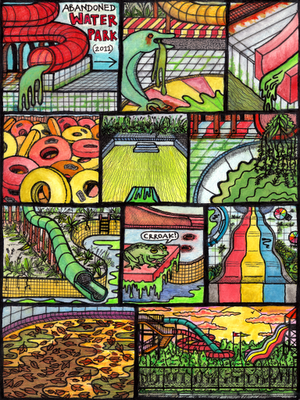 Illustration by Sarah Rivera
Splash Down Dunes was a waterpark I went to as a boy, growing up in Northwest Indiana in the 1990's. In 2002, a business dispute between the two owners resulted in the park being closed down and left to rot, and today, it still stands, ready to be explored, the slick and dangerous slides begging, whispering, pleading, "pull off the highway and sneak in here! Climb all of this dangerous stuff!" I was nervous about stumbling across a corpse on my first visit, maybe some unfortunate thrill seeker who'd broken through one of the sun-baked, brittle water rides. 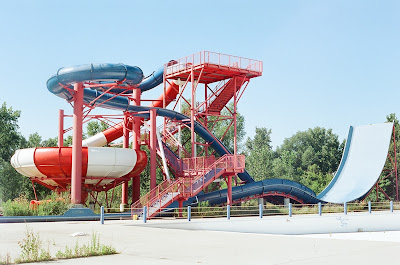 This area of the park has the most skateboarding potential, but be warned of
the wasps in the left-side bowl, where I was swarmed and stung.
Since no one gets out of their cars in Northwest Indiana, or indeed, has any reason to be interested in an abandoned waterpark (as it doesn't involve fast food or Facebook), Splash Down has remained relatively unscathed - lying on the outskirts of Michigan City, the area is yet another sprawling rural community, with isolated houses surrounded by huge safety zone motes of perfectly manicured, astro-turf grass. Small, ranch style homes cap the center of each property, like nipple fortresses. Very few houses, no sidewalks, and being butted up next to US Route 20 mean that there are few children, and those nearby teenagers who've obviously laid claim to the park by their spray painted curses and broken glass, haven't managed much vandalism beyond that. 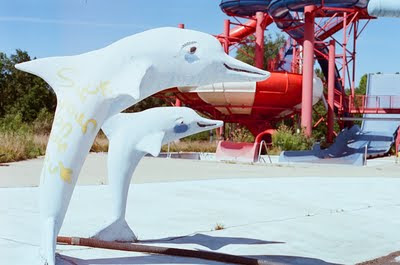 Suck Your Own Dick
Currently Porter County is trying to sell this park and turn it into a real thing again, so I guess the whole place remains salvageable, and playing on it is safe enough. My big goal is to go there during a rain storm and try the steepest slides. I hope they never sell it and it remains this great secret hangout and skatespot for me and whoever spray painted "suck your own dick" on the dolphin statue. If you're interested in checking it out yourself, you can park across the street from the entrance, in their old giant gravel park lot. There's so many weeds, you can kind of hide your minivan back there. One of the front gates has been torn off, so enter there. One time I drove past and there were two cops sitting there, so be aware of the one real risk that is always present everywhere you go in Northwest Indiana - not the citizens or the environment, but the police. 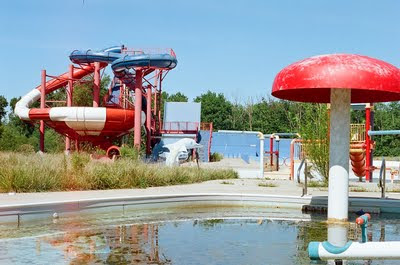 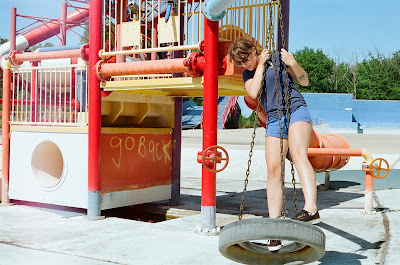 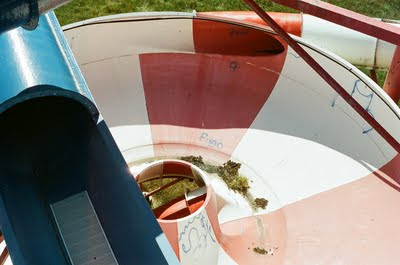 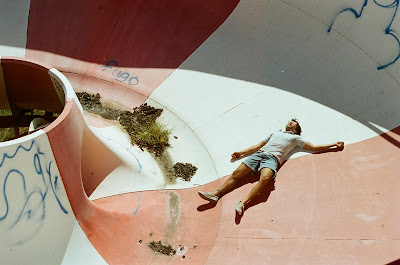 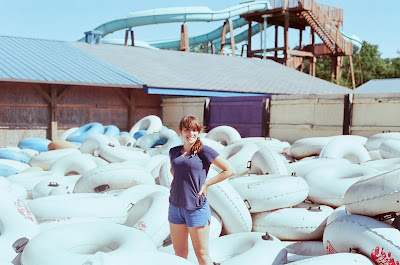 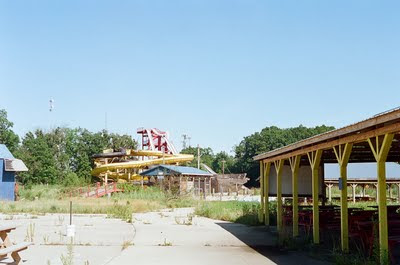 Looks amazing...Thanks for the info! :)