Old Books From the Garbage #2

The Life and Times of Chaucer
by John  Gardner

I like this cover because It's actually not all that well done. Also it was published in 1977 but when I found this in the garbage, it looks like it's 80 years old. The book itself was basically so boring it was unreadable. I never read Chaucer though, so there was simply no interest in it for me. 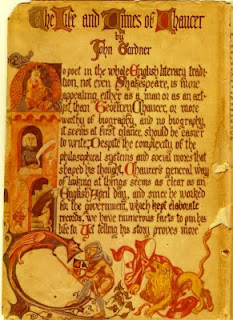 My favorite though, is the knight in battle at the bottom there. Is he wearing glasses? In 1488 or whenever? Really? And with very neatly parted, suspiciously 1977-esque hair. I have a feeling the author may have hidden his own portrait there. He would. The kind of guy who would paint out this little scene, well, he's just the type to very obviously hide his own image in the illustration, as the lead knight no less. 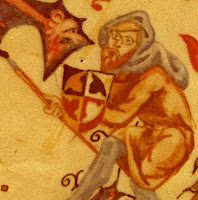