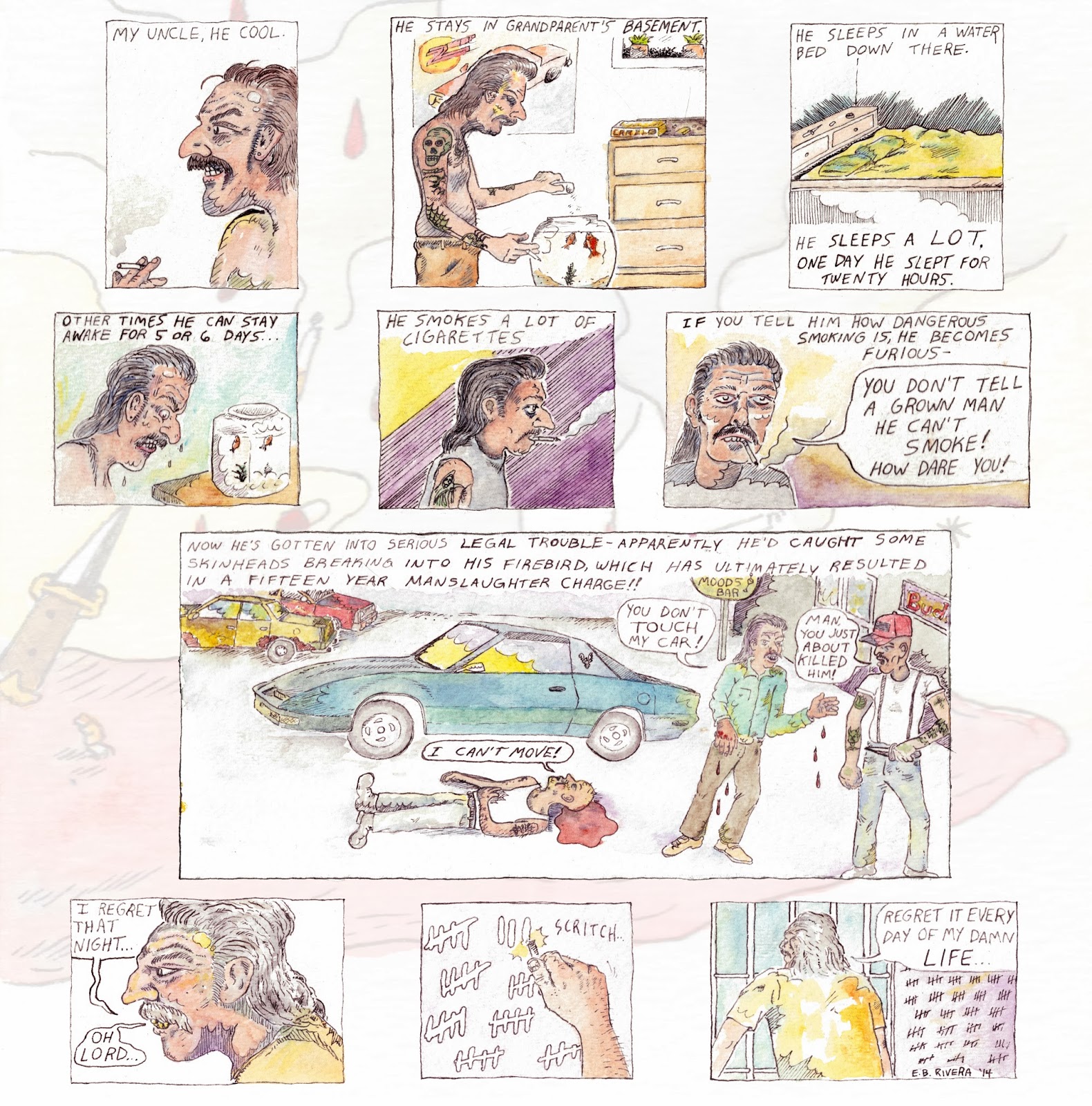 This winter the Chicago Reader announced big, exciting plans to put out an "all-comics" issue, something that apparently also happened like 13 years ago. Almost everyone in comix world submitted something, and while a few pals were featured on the Reader website, I think the comix community was fairly disappointed to open the big issue and find a piddling eight pages dedicated to comics. None of my pals were in the issue (all the good stuff got cut), and the comics featured were only the most computer-y looking stuff. It was sort of a bummer that Chicago's largest publication (and thus loudest voice) would claim they were representing the current climate of comix in the city (indeed, making it the cover story), and then showcase a tiny sliver of a very particular kind of junk.

MY particular kind of junk was fully rejected, so I thought I'd show it to the slathering, writhing masses, who have been rolling over themselves, begging, praying & pleading for more Rivera comix.