To my slathering fans, all of you are True Earth Angels, and deserve a new brilliant entry from the Cologne Factory blog franchise. I'm lurching into forward progress on a new story, it might be called easy money. I don't know why it needs to be lower case and italicized.

I've got some ideas about haunted/cursed/mystical tattoos, for this, a thing you will buy from me, so I will only give you little samples online...

What else is happening, in my efforts to revive this blog into an exciting stopoff for internet addicts and mental misfits everywhere...Otto Splotch is doing a Kickstarter for his next comic, trying to print big and in color, which his work really deserves.

At last year's CAKE expo, my table was next to Otto's, and between him and Midwestern Cuban Comics on my left, I had a very bizarre weekend.  Otto is a true Southern Weirdo, I think. He would amble in fresh from what I presume was his morning shift at a chopped up raw onion factory, around 2pm, and promptly begin selling Melted Shelter, hand over fist. Everything he makes looks good and consistent and people just seemed to love it, across the board. He's one of the best. My stuff, not so many sales that weekend...although I did manage to sell diaper pornography to Michael DeForge, and some other weird found sex manual books/sci-fi/Tom Savini/cats/70's dinosaur/kung-fu crap that all the hoarder collectors seem to be secretly after...if I can afford I kind of want to offer buying the diaper magazine back from him, I sort of regret that. That was painful.

I also did some tattoos on my own hairy, pimpled thighs. 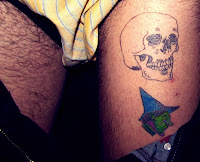 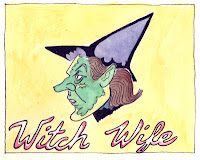