Old World featured in Out Of LINE 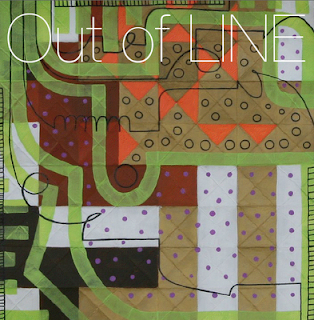 I have some color drawings in a new abstract art show called, "Out of LINE," as curated by Jane Georges, a Chicago artist and chocolatier. The rules were for work to "explore line through the eyes of graphic disorder or submission," which was a heady description, and went on to suggest a style called surrealist automatism. Here's a famous and surely very valuable example below, made 78 years ago by Andre Masson, a surrealist French painter who was condemned by the Nazis when they occupied France as a "degenerate," because of some erotic drawings, thus he fled to America. At the airport, American officials confiscated a small pile of erotic drawings hidden in his luggage, and ripped them all up and made him watch. What in the damn world. He ended up heading back to France eventually and now I can look him up on the internet and write a little report about him for my slathering fans. Anyway, I realized after I saw his drawing there that it looks like the same drawing technique I used for these pieces that are in Jane's show. So perhaps you'd like to come on down and get one of them for like a cool hundo! All proceeds go to Wax Breast #1, the fundraiser to allow me to memorialize myself with these filthy little comic stories I've been working on. Honestly, I'm getting sick of working on Tony and Grevin, I just want to kill all of those characters in a car wreck and have them float around in the afterlife for a while, and then maybe start a completely new story, set in an androgynous future ghetto or something. 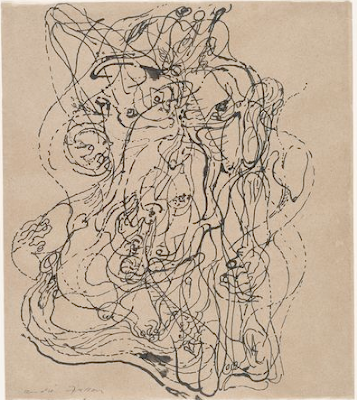 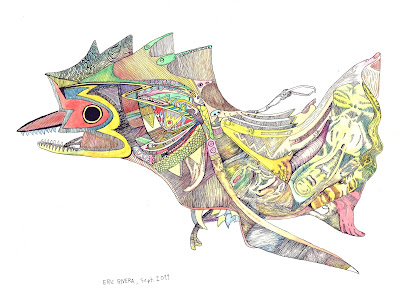 Here's my work, which is based on an old drawing I did as a 9 year old kid. It's called Old World, I posted that one last week.I already did that and then made that little banner above, and now as I am at the thirty minute mark of putting together this post, I realize what an internet schill I am, pumping this carefully crafted information into the ether for free, valuable man-hours spent glamorizing myself! Come see them in person! at The Prak-sis Contemporary Art Association and Gallery, on 1917 West Irving Park Rd in Chicago. Use the internet maps. Or use the internet blog videogame young adult arts & crafts sites. 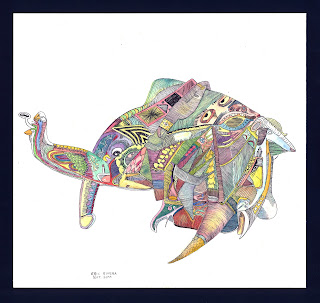 Here's another one. Drawing these gave me a migraine, which I hadn't suffered in almost a year and almost thought they were behind me. What a terrible phenomenon to happen to people, and I can only hope, even; yes, pray, that they don't increase when I get old and sick. I will also trade these drawings for musical instruments & hardware, or valuable books, so truly, come one come all. The gallery itself is very interesting and a cool part of the community, and some of this work is very, very edgy and completely ballsy, very penetrating stuff. No suddle stunts here, people (said in aggressive old NY Jewish PR woman voice). 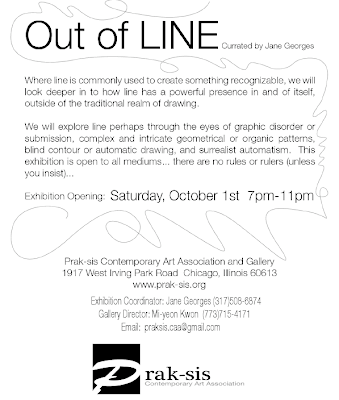