Shot by Rivera: Nike Base Special 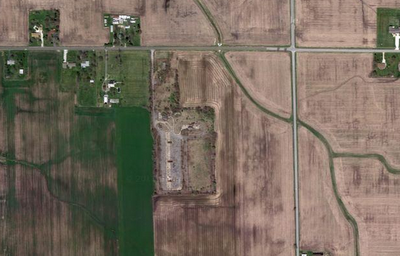 Here's a satellite image of Portage, Indiana's potentially historic Nike Missile Site, a completely abandoned and overgrown former Cold War missile storage facility which closed down in 1972. The above image is interesting to me because it gives a good idea of the kind of meaningless and formless living Hell, fringes of society land I grew up on. No shops, no sidewalks, no downtown, few houses, no kids, no friends, no nothin'. But this isn't the place to unload all of that pent up neurosis.

My house was one rural "block" down the road from this bit of land. This past summer I decided to go pay the Nike Base a visit, which I hadn't done since I was about 11. At that age, I was completely obsessed by UFO's, Close Encounters, Alien Abductions, Paranormal Activity, Ghosts, & Exobiology. I became convinced that the flooded underground missile storage area of the base was actually an underground UFO storage base, that the site was only meant to look abandoned, but in reality was being monitored closely by men in black (this is far before the Will Smith vehicle popularized the term, and I was truly afraid of "MIB's.") I kept files at home with notes and theories on the Nike Base, labeled "The Nike Base Files." My friend John helped assemble these files, and once called me, describing breathlessly that many of the war veteran adults in his family seemed to know something about the Nike Base they were unwilling - or unable - to reveal. "Don't go pokin' around there, you don't need to know nothin' 'bout that place," they had warned him.

Within a year of this phase I discovered masterbation and all of these completely bizarre and worrisome proclivities were replaced by the constant, fervent self-pleasuring that our dilapidated American Middle Schools foster. My recent visit to the abandoned base was only the second time I've been there, because growing up on a busy, narrow, and dangerous rural road frequented by aggressive/fat/insane drivers meant I was unable to leave the confines of my family's half acre of perfectly manicured, astro-turfed grass, and playing with other kids was mostly forbidden in our family.

Exploring these buildings was pretty scary and I kept expecting to find dead bodies, because Portage is definitely the kind of place where people be cutting up other people and hiding the bodies in weird spots. All I found was a deer skull but the picture didn't turn out so look at these rotten old rooms, instead. 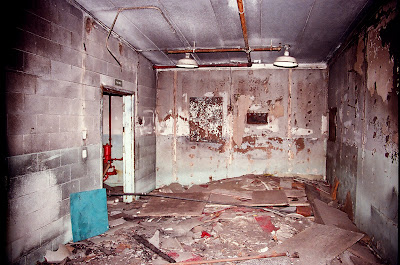 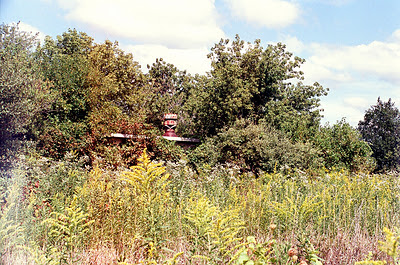 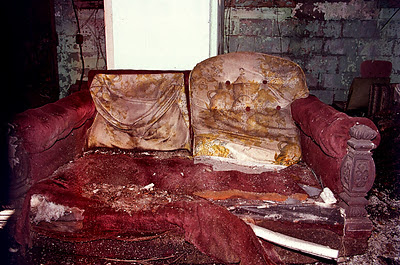 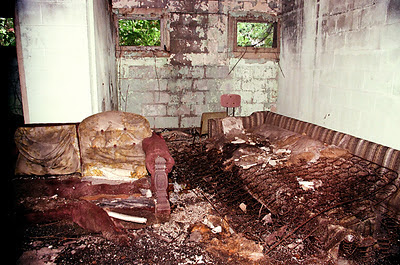