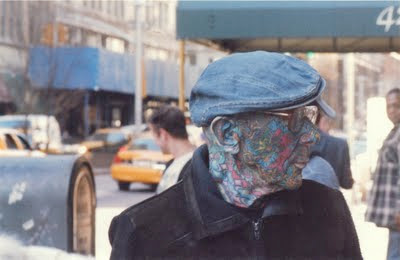 I took this picture in April 2007 in Manhattan. I'd only been living in the city for a few months, and it was just starting to warm up. I worked at the bookstore on 2nd Ave. and 33rd street, and on my lunch break, I used to walk around looking for pictures to snap (which is how I got this one), and eavesdrop on the truly crazy and often obnoxious people who seemed to be lifelong residents to the area. Once, I followed a couple in their sixties for many blocks, while they had a screaming argument, the woman shreiking and screaming, "why don't you love me anymore?!" as the man shrugged and told her to leave him alone. The woman kept beating on her chest and trying to block his way, and it was so weird to see because they just looked like normal old people, and it was something like 10am on a Tuesday.